Endace started as a New Zealand University research project in 2001 when they developed the DAG™ Data Capture Card, which quickly redefined the packet capture market, and gained a reputation as the gold standard for accurate, reliable packet capture. Fifteen years on, their network recording and visibility solutions are used by some of the world's biggest companies to monitor some of the fastest, most powerful networks on the planet. 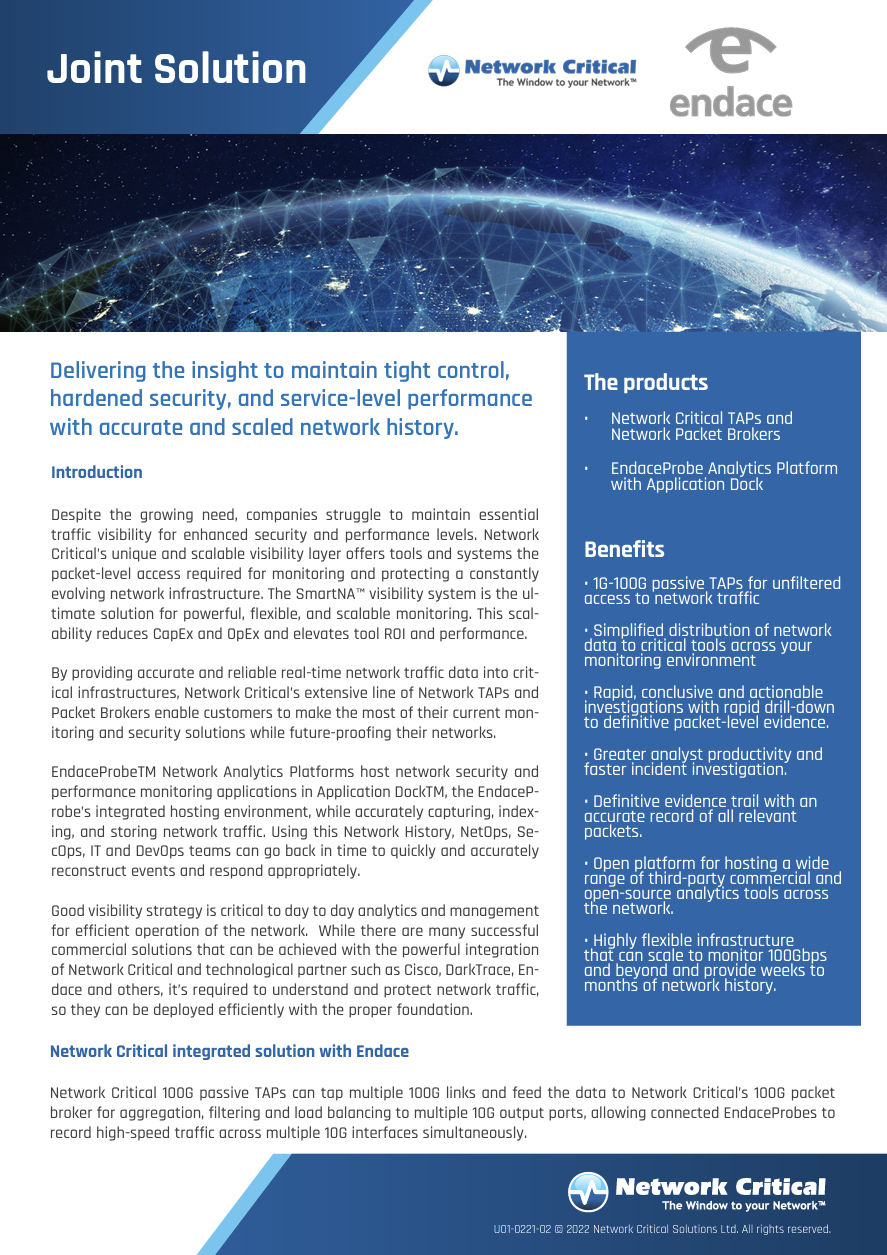